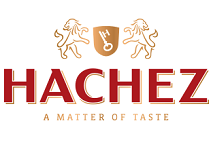 Toms, the Danish confectionery group, is said to be preparing to relocate production of Hachez chocolate from its traditional base in Bremen, Germany to an unspecified new location in Poland.

According to a report in the Weser Kurier, the 250 employees at the firm’s factory in the city were informed of the decision at the end of February. Toms is said to be looking to set up production at its new site in Poland by 2020, with the intention of manufacturing Hachez chocolate products alongside its other brands.

Founded in Bremen in 1891 and maintaining a manufacturing base in the city since that time, Hachez produces a range of packaged goods under the brands Hachez and Feodora, including chocolate bars, novelties and assortment boxes. The firm was acquired by Toms in 2012.