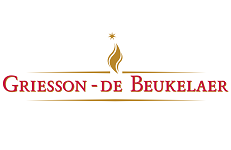 Griesson De Beukelaer, the Germany bakery firm behind the Prinzenrolle brand, is closing its factory in Kempen, North-Rhine Westphalia with up to 270 jobs affected, according to reports in the German media.

The biscuit and cracker maker is said to be looking to close the factory by the end of 202o and consolidate manufacturing at the firm’s largest site in Kahla, Thuringia. The firm is reported to have said that upgrading the Kempen site would not have been financially viable and is instead intending to invest in more modern and efficient production lines, as well as warehousing capacity at Kahla.

Griesson De Beukelaer’s Kempen site was opened in 1955 and since 1999 has manufactured sandwich biscuits for the Prinzenrolle and other brands.  The firm’s brand portfolio also includes Griesson, Leicht & Cross, De Beukelaer and Wurzener Feingeback.