Germany: Dr. Oetker rumoured to be in talks to acquire Coppenrath & Wiese 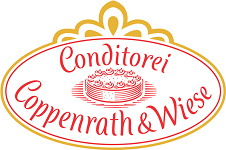 Dr. Oetker is the frontrunner in the race to acquire the bakery manufacturer Coppenrath & Wiese, according to a source quoted by Lebensmittel Praxis.

The German Food, Beverages and Catering Union (NGG) is reported as saying that Dr. Oetker has begun talks, with no other potential buyers currently involved, although the deal is not yet certain. “Dr. Oetker wants to have a good look at the situation, weigh everything up, and then, if they are still interested, begin negotiations”, a spokesman for NGG is quoted as saying.

Lebensmittel Praxis reports that Dr. Oetker has been open about its interest in acquiring Coppenrath & Wiese, making public its interest at the end of June. At the time Dr. Oetker’s CEO Richard Oetker commented: “We are looking carefully at the business”.

Coppenrath & Wiese, which has around 2,200 employees and an annual turnover of  around €400 million ($541 million), has not commented on the speculation.

Germany: Dr. Oetker rumoured to be in talks to acquire Coppenrath & Wiese - Gama