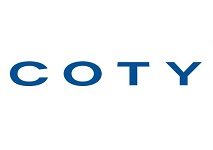 Coty, the global producer of cosmetics and toiletries, is set to close its Wella facility in Hunfeld, Hesse, Germany with the potential loss of 380 jobs, according to a report in Hessenschau.

Once a final decision on the site’s future is taken, it is expected that it will close its doors by the end of 2018.

Coty took on the Hunfeld facility as part of its acquisition of the Wella business from Procter & Gamble in 2015. The move comes as the firm is reportedly looking to streamline its global operations and identify effiencies in production and logistics following the Wella deal.

In June 2016, Procter & Gamble confirmed it was selling a total of 43 brands to its US rival in personal care, including Nice N’ Easy and Wella in haircare, Hugo Boss, Gucci and Lacoste in fragrances and Covergirl in cosmetics.