France: Poult to be sold to the Qualium fund 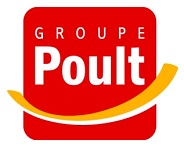 The Poult biscuit brand is to change hands, LSA reports, following an agreement reached between a private equity firm and an investment fund.

LBO France, which has owned Poult since late 2006, has signed an agreement to sell the company to Qualium Investment (a subsidiary of Caisse des Depots) by July 2014. It is reported that Qualium was the preferred bidder, with rival biscuit producer Biscuits Bouvard also keen on acquiring the Poult business.

Poult is France’s largest producer of private label biscuit products, with around 750 employees. It produces 330 million packets per year for the major French multiples as well as the organic brand Bjorg at its five factories in Montauban (Tarn-et-Garonne), Aire sur l’Adour (Landes), Sully -sur- Loire (Loiret ), and Briec-de-Odet and Fouesnant (Finistère). In 2013 Poult achieved a turnover of  €190 million ($262 million), a 12% increase on its 2012 results.

The deal is still be approved by the French competition authorities.

France: Poult to be sold to the Qualium fund - Gama