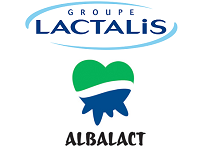 French dairy giant Lactalis is aiming to close a deal to acquire the leading Romanian dairy player Albalact, according to a report in Romania Insider.

Present in the Romanian dairy space for more than 40 years, Albalact produces milk and fresh dairy products in a facility in Oiejdea, and a range of cheese at a plant in Raraul. It owns Romania’s leading milk brand Zuzu and also holds the best-selling brand of butter and sour cream – the traditional De Albalact brand.

According to Romania Insider, Lactalis has reached an agreement with Albalact’s primary shareholders to buy stakes totalling 70.3% of the company’s capital and, providing certain conditions are met, will now launch a public takeover bid through which it will aim to acquire 100% of Albalact’s shares.