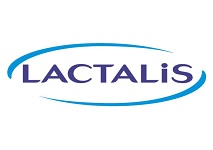 Omira, one of the largest dairies in southern Germany, produces 830 million kilograms of milk per year. It produces UHT milk and dairy-based desserts, as well as lactose-free products under the Minus L brand, in its two facilities in Neuberg and Ravensburg.

According to sources, Lactalis will guarantee milk prices for Omira’s 2,600 suppliers for the next decade where the deal could give to the milk producers “access to international markets and the creation of new sales channels”.