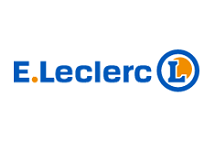 Named Ma Cave Par E Leclerc (“My Wine Cellar from E Leclerc”), the store focuses on French wines and, according to Rayon Boissons, will initially offer a limited selection of wines focusing on the entry level end of the market. Consumers place an order which can they then pick up at a local store either 10 or 25 days later.

Rayon Boissons reports that the move from E Leclerc is in response to a similar service debuted recently by rival Systeme U. U’s Club Vins et Terroirs (“Wines and Terroirs Club”) was launched in January of this year, and, as with the E Leclerc model, allows consumers to order 0nline and pick up in store. The main difference between the two offerings is said to be that, unlike Systeme U,  the E Leclerc service involves the producer or broker shipping wines direct to the retailer, without passing through a distribution centre.

The trial will initially involve 20 stores but, according to reports, a total of 200 stores are primed to offer the service in the near future.