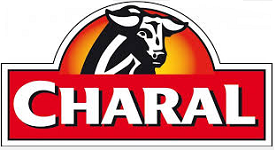 Charal, France’s leading producer of processed and unprocessed meat products, has entered the frozen ready meals market with the launch of four beef products based on classic dishes.

According to LSA, in response to consumer concerns about traceability, emphasis will be placed on the origin of the beef used. The frozen meals market in France has suffered in the wake of the horsemeat scandal, seeing a decline in value and volume sales of 5% and 4.6% respectively.

Commenting on the launch, Cyril Bourrut-Lacouture, Charal’s head of frozen food, said: “The category is the fourth largest in the market, so can’t be ignored. But fear about the origin of meat has put a brake on growth. So in our line we are going to emphasise the quality of the raw materials, the fact that the meat used is French and that the meals are produced in Lisieux in Normandy”.

The line comprises a shepherd’s pie, a moussaka, meatball gratin in a bolognese sauce and meatball gratin with couscous.  The meat content is said to range between 23 and 28%, above the average for the market. “We wanted to create meals where meat was the main ingredient”, Mr Bourrut-Lacouture concluded.