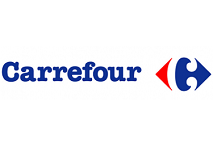 Retail giant Carrefour has revealed that it is in exclusive negotiations with Altarea Cogedim, owner of Rue du Commerce, for the purchase of the e-commerce retailer.

Rue du Commerce has a diverse product range, predominantly in technology and DIY products, but also has a broad offering in the beauty and fragrance space, including brands such as Calvin Klein, Azzaro, Paco Rabanne, Kerastase, Gloss!!, Markwins, and L’Oreal.

In a press release, Carrefour said: “With more than 5 million unique visitors per month, Rue du Commerce is a major player in the non-food e-commerce market in France and boasts a strong brand, significant traffic and an extensive client base”.

“This acquisition would allow Carrefour to accelerate its omni-channel strategy in France and strengthen its position in non-food e-commerce by leveraging additional expertise”, the company added.