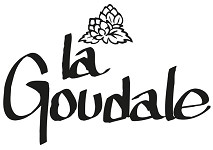 Brasserie Goudale, a French beermaker, is set to more than double its production capacity through a €45 million ($56 million) investment, according to a report in Usine Nouvelle.

The brewer is investing the funds at its facility in Arques in the Pas de Calais region of France, less than two years after first opening the site. Initiated in January, works at the site include a new brewery, which will be operational from the autumn, and a new 25,000 sq warehousing facility, which is set to be complete by early 2019.

The investment has already led to the hiring of 20 new staff, taking the brewery’s total headcount to around 100.

As a result of the improvements, Brasserie Goudale is expected to see production capacity increase from 1 million to 2.5 million hectolitres.