USA: Estee Lauder reputed to be in talks to acquire Butter London 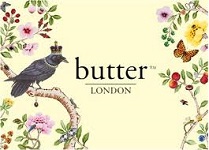 There are more reports that major cosmetics player Estee Lauder may be looking to acquire the British cosmetics company Butter London.

Butter London was founded by entrepreneur Sasha Muir and partnering manicurist Nonie Creme. Established in 2005, the company produces hand and nail treatments and pedicures as well as eye, face and lip cosmetics. However it remains best known for its nail lacquers that regularly appear at fashion weeks and are stocked in department stores throughout the USA, UK and Canada.

Speaking in Seattle, chief executive Leslie Freytag said: “With small companies like ours, there always seems to be rumours. At this point, we don’t have any comment.” Earlier in the year, Freytag had claimed that Butter London had moved into second place in the premium nail polish segment, behind only cosmetics giant Chanel.

USA: Estee Lauder reputed to be in talks to acquire Butter London - Gama