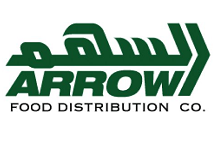 Arrow Food, a partnership between the Saudi Bin Laden Group and Foodstuff Group, has entered the race to acquire Arab Dairy Products, offering to buy 100% of the company.

Arrow said that it would not accept less than a 51% controlling stake and that Arab Dairy would “benefit from the strong distribution capabilities of Arrow and its access to other Middle East markets”.

Meanwhile Danish dairy giant Arla Food is also said to have shown an interest in joining the battle for Arab Dairy. Rasmus Malmbak Kjeldsen, senior vice president for Arla’s business in the Middle East and Africa, is reported as saying: “The company seems well-aligned with our ambitions in Egypt, and we are now looking at the details before deciding whether or not to actually purchase a share of the business”.