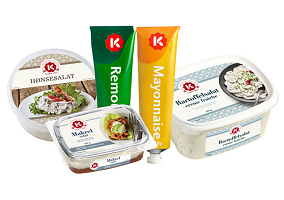 The Danish arm of Scandinavian FMCG firm Orkla has announced the sale of its K Salat prepared salads brand to deli foods maker Stryhns, part of the Norwegian Agra group, for an undisclosed sum.

Orkla described the move as being part of an effort to concentrate its activities on fewer categories.

K-Salat has a product portfolio of salad spreads, mayonnaise, remoulade, dressings and potato salads. Under the agreement, Stryhns will take over K-Salat’s operations, including a factory with around 100 employees in Havnso, Vestsjaelland, Denmark.

“We are glad to be able to sell K-Salat to Stryhns, which has the strong competence necessary to further develop the business”, said Tino Bendix, CEO of Orkla Foods Danmark. “From now on, Orkla Foods Danmark will concentrate its core assortment on the well-known brands Beauvais, Den Gamle Fabrik, Glyngøre, Bähncke, FUN, Grønnegården and Risifrutti”.

The transaction is expected to be completed in early December 2017. 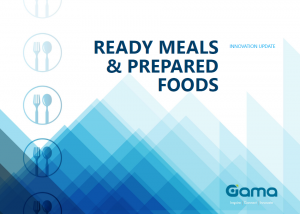