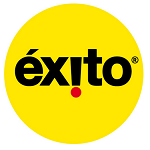 Exito, a subsidy of French retailer Groupe Casino, has expanded its operations in Colombia through the acquisition of 19 Colombia Super Inter stores in 2014 and the operation of 31 remaining stores that will be subject to purchase in 2015.

Casino has operated in 83 cities in Colombia through its Exito offshoot since 1999, mostly in the hypermarkets and supermarkets segment but also through convenience and discount stores, and is today said to be Colombia’s largest food retailer with 43% market share and sales of $5.26 billion in 2012.

Super Inter is an independent retailer in the Cali and coffee regions, with 2013 sales estimated at about $425 million, Casino said.

The agreement will enable the French retailer to expand in those two regions and will speed up the company’s development in the discount format through the introduction of a new brand that will complement Exito’s current discount line Surtimax.