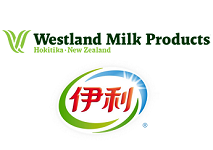 Commenting on the deal, Westland Milk Products chairman Pete Morrison said: “The board believes that the proposed transaction represents the best available outcome for our shareholders, and has the unanimous support of the Board. The acquisition price represents an attractive price to the Westland shares’ nominal value. Westland will seek shareholder approval for the proposed transaction at a special shareholder meeting which is expected to be held in early July 2019”.

Yili is the largest dairy producer in China and Asia and has been stepping up its investments in New Zealand in recent times. This included the establishment of a dairy base in Waimate, on New Zealand’s South Island in 2014 at a cost of 1.2 billion RMB ($200 million).