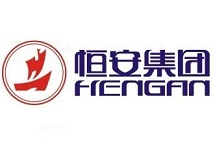 Hengan, a Chinese manufacturer of nappies and sanitary towels, is reportedly considering selling off its confectionery business QinQin Foodstuffs.

A Bloomberg report, quoting “people with knowledge of the matter”, said that the division, which includes the sweet brand Qinqin and the waffle brand Ai Le Ge, could fetch about $300 million. While QinQin Foodstuffs reported 1.53 billion HKD ($198 million) of sales in 2014, revenue dropped 8.1% in the first half of 2015,  making it the poorest performing of the company’s major divisions in that reporting period, Bloomberg noted.

Commenting on the speculation, Hengan executive director Hui Lin Chit is reported to have stated that “it is possible” that the company will sell non-core businesses, adding that the company had received advice from Bank of America, although a spokesperson for the bank itself declined to comment.