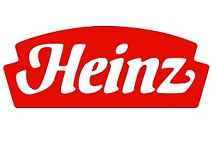 The new 80,000 square metre facility is Heinz’s largest infant cereal plant globally. Located in Foshan city, Guangdong province, the factory “turns a new page in Heinz’s growth in China”, the company said. The new facility will reportedly create 200 new jobs for the Foshan region and will increase Heinz’s production in China, where the company already operates six other facilities.

Bernardo Hees, Heinz CEO, commented: “Since the Company’s founding in 1869, Heinz has been dedicated to providing the world’s highest-quality foods and beloved brands to consumers everywhere”. He added: “With this new world-class facility, we are proud to deepen our commitment to China and its people. The new facility will allow Heinz to continue to grow and exceed consumer expectations, while sustaining our leadership in the food industry”.