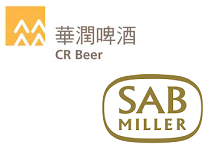 China Resources, the firm behind China Snow, the world’s most consumed beer brand, is considering a bid for SABMiller’s central and eastern European assets, according to a source quoted by Bloomberg.

The reported deal would include the brewer of Czech beer Pilsner Urquell and could be valued at around $6 billion, Bloomberg continues.

SABMiller owns such brands as Foster’s in Australia, Pilsner Urquell in Czech Republic and Miller Genuine Draft in the USA, and is also one of the world’s largest Coca-Cola bottlers. The firm is currently the subject of a $100 billion takeover by world-leading brewer AB InBev, and any deal for the firm’s central and eastern European business would only be agreed once the takeover was concluded, it is said.

The combining of the AB InBev and SABMiller businesses has been subject to a number of anti-trust issues, with the former having agreed to sell operations in Hungary, Romania, the Czech Republic, Slovakia and Poland in order to secure the necessary regulatory approvals, it is reported.