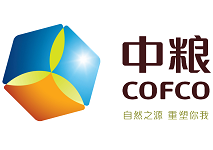 China Foods, a division of Chinese conglomerate Cofco, has announced that it is to offload its wine and non-beverage business, including the flagship Great Wall brand,  in a deal worth 5,069 million HKD ($649.2 million).

Explaining the rationale for the decision in a statement, China Foods said: “The wine industry in the PRC has faced increasing competition and is expected to remain in a slow growth rate in the next three to five years similar to the 2011 to 2016 period.”

The Great Wall wine brand is reported to have  recorded an 8% drop in sales in the company’s latest half-yearly financials. The firm added that from 2011 to 2016 the revenue of the company’s wine business had recorded a negative compound annual growth rate of -11%.

China Foods said that the sale would allow it to “concentrate its business focus and resources on its beverage business”, which it described as its “strongest performing business in terms of profitability”. This business is primarily carried out by COFCO Coca-Cola Beverages Limited, which has has the exclusive right to manufacture, market and distribute Coca-Cola products in 19 provinces, municipalities and regions in China.