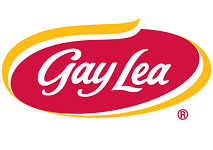 Gay Lea Foods, a dairy co-operative based in Ontario, Canada, has revealed that it is to acquire Black River Cheese Company, effective from 1st June 2016, to strengthen its  presence in the Canadian market of Canada.

Commenting on the launch, Steve Dolson, chair of the board at Gay Lea Foods, said: “Gay Lea Foods is committed to growing the market for Canadian dairy and strengthening dairy farmers’ ability to secure markets for our milk. We are pleased to welcome the Black River Cheese Company into our dairy co-operative as part of our continued support for the Canadian dairy industry and Ontario dairy farmers”.