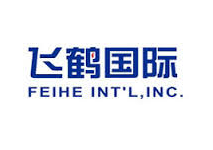 Construction is set to commence in April next year and the plant is expected to be around 300,000 sq ft in size. The firm plans on distributing around 20% of the products made there within North America, with the rest exported to Asia.

Feihe International manufactures infant formula under brands including AstroBaby, Super Feifan and Feifan. The company currently has seven manufacturing facilities around the world, six of which in China: four in the Heilongjiang province, one in the Jilin province, and one in the Shaanxi province. It has an additional facility in the USA.

The company has been producing infant formula since 1954.