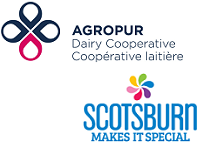 Quebec, Canada based dairy giant Agropur has acquired Nova Scotia-based firm Scotsburn Ice Cream for an undisclosed amount, according to a CBC report.

Agropur, which owns brands such as Natrel and Oka Cheese as well as Agropur, is said to want to increase its presence in the ice cream sector.

News of the acquisition comes shortly after an announcement from Scotsburn Ice Cream that it would be closing a plant in St John’s, Newfoundland and transferring production to sites in Truro, Nova Scotia and Lachute, Quebec.