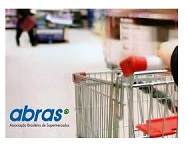 Sales in the supermarket sector grew 5.24% during the month of October compared to the previous month, according to a survey released on 27 November by the Brazilian Association of Supermarkets (Abras). Versus October 2012 sales were up 7.93%.

Given the rate of growth in October, and a drop in the unemployment rate in Brazil to 5.2%, Abras has revised its sales forecasts for the last two months of the year to 5%, as against 3.5% at the beginning of the year. “With two months to the close of the year and with good prospects for Christmas sales, it seems quite likely that sales can exceed our growth expectations,” said Marcio Milan, vice-president of the organization.

Meanwhile, the survey revealed an increase in the price of basic goods in all five of the regions analysed. The “basket” of up of 35 different products saw its highest rise in the Northern region, where prices increased 2.39% from September to October. The Northeast, where the “basket” costs least, witnessed the second biggest percentage increase (2.21%). Meanwhile the South (1.19%), the Central West (1.25%) and the Southeast (1.64%) also saw a rise in the price of basic goods.