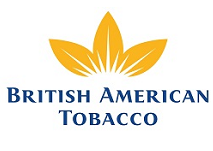 Santa Cruz, a subsidiary of UK-based cigarette manufacturer British American Tobacco, has  announced the closure of production facilities at its Cachoeirinha location in Porto Alegre, Brazil.

According to Correio do Povo, the move will see the factory itself closed down, although the  research and development facility at the site will remain in operation.

In a statement, Souza Cruz blamed the measure both on the impact of counterfeit goods in the country and a rising tax burden. “In the last four years, the IPI sales tax on cigarettes has increased 110%, rising to 140% on lower-priced brands”, it said.

The Cachoeirinha unit of Santa Cruz started operating in March 2007 with an investment of R$120 million ($30 million) over two years.