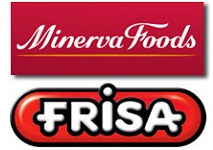 Minerva, one of the principle meat manufacturers in South America, has announced the acquisition of Frisa Frigorifico, a leading Brazilian beef products company.

Frisa Frigorifico operates abattoirs in Colatina (ES), Nanuque (MG) and Teixeira de Freitas (BA), as well as a distribution centre in Niteroi (RJ). The purchase represents an investment in the order of R$205 million ($59 million) for Minerva, which is looking to consolidate its position in South America and expand operations in Brazil.

In a press release announcing the move, the company said: “The acquisition of Frisa is an excellent strategic opportunity, representing another important step towards consolidation in Brazil and South America. The Frisa units are complementary to Minerva’s industrial operations, adding two states (Espirito Santo and Bahia) where it did not previously have facilities, expanding its geographical spread and distribution”.