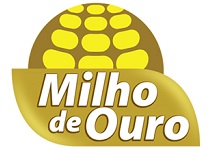 Brazilian snack manufacturer Milho de Ouro has begun operations at a new plant in the city of Embu das Artes, in the metropolitan region of Sao Paulo, according to a report in Newtrade.

The plant has been designed exclusively for the Tira Teima brand of flavoured wheat snacks, in a facility said to be equipped with state-of-the-art machinery. The new unit has the capacity to process almost 900 tons of Tira Teima snacks every month, and will reportedly allow Milho de Ouro to increase its volume output by 15% on last year.

The new factory is described as one plank in Milho de Ouro’s expansion plans, with the company seeking to build its footprint in the North, Northeast and Midwest regions of Brazil in 2019, in addition to the other 17 states where it already operates.