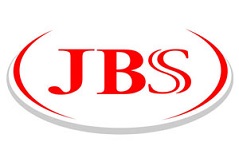 Brazilian food giant JBS has announced that it is to acquire the business of poultry of Tyson Foods in Mexico and Brazil for $575 million.

The announcement of the acquisition comes a month after Tyson and JBS battled for control of the American company Hillshire Brands, with the latter finally winning out.

The acquisition brings together two of the industry’s major players. JBS, founded in 1953 and headquartered in Sao Paulo, Brazil, has 300 units processing cattle, pigs, sheep and chicken  across 22 countries and is the world’s largest meat producer.  Tyson Food Inc., an American multinational corporation founded in 1931 and based in Springdale, Arkansas, is the world’s second largest processor and marketer of chicken, beef, and pork and annually exports the largest volume of beef from the United States.