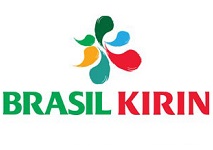 Brasil Kirin, the Brazilian subsidiary of Kirin Holdings Company, has announced plans to extend its production line in Igarassu, in Pernambuco state, Brazil.

The expansion works are reportedly already underway and will be divided into six stages, with an initial investment of R$400 million ($124 million). They are estimated to be completed within the next five years.

The expansion covers an area of 38,000 sq m throughout the plant, which has three production lines. The redeveloped plant will have a rainwater recycling system and is also designed to consume 30% less electricity than other facilities operated by Brasil Kirin, according to reports.

As well as Pernambuco, the plant will supply the states of Rio Grande do Norte, Ceara and Alagoas.