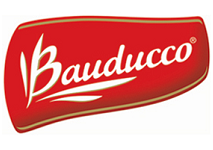 Bauducco, the Brazilian producer of biscuits, crispbreads, panettones and other bakery products has announced plans to build its first factory outside of Brazil to support growth in its export markets.

The new factory is scheduled to be completed in 2016 and will be located in Miami, USA.

Bauducco, which is part of the Pandurata Alimentos group, exports products to 80 countries and, according to the company, the new plant is aimed at supporting operations in the USA, Canada and Puerto Rico. It will generate an estimated 100 direct jobs, with the focus of productionon the company’s flagship panettones – which accounts for 54% of the firm’s export sales – as well as wafer biscuits.

In Brazil, the company will maintain production at its five existing plants, in addition to seven distribution centres, which serve 140,000 retail outlets.