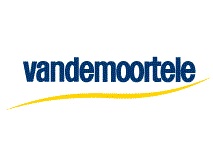 Vandermoortele,  a leading European player in frozen bakery products, has announced that it is to acquire Lanterna-Agritech (LAG), extending its product range with typically Italian products.

LAG employs around 300 people and has production operations in Genoa, Ravenna and Padua. In 2013 its turnover was €87 million ($100 million).

Commenting on the deal, LAG spokesman Paolo Soldateschi said: “Vandemoortele is a strategic partner to strengthen our growth plans for Italy and we are also excited by the prospect to export our authentic focaccia from Genoa across Europe and the world”.

Jules Noten, CEO of Vandemoortele, added:  “We are impressed by the passion for the product and by the strong performance of LAG in the Italian market. We see clear opportunities for further growth”.

Jean Vandemoortele, chairman of Vandemoortele, noted that the acquisition represented the first step of an expansion strategy which includes investments in new factories in Lyon and Poland.

The transaction is due to close by the end of January 2015.