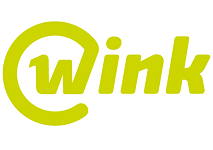 Louis Delhaize, a Belgian retail group operating supermarkets and hypermarkets under banners such as Cora and Match, is to close its online grocery platform Wink, according to a Gondola article.

Established in 2013, Wink operated as a standalone e-commerce brand with an emphasis on click and collect ordering, but failed to gain significant traction in  a country where online sales currently account for little more than 1% of total grocery spend. The chain was initially launched with a collection point in Zaventem, on the outskirts of Brussels, followed a year later by a second pick up location in the town of Wavre.

Later efforts to break into channels such as train and petrol stations, as well as home delivery, were ultimately insufficient to make the operation viable, according to a report in Retail Detail.

Final orders are set to be fulfilled in mid July.