Belgium: Lotus Bakeries looking to build factory in the US 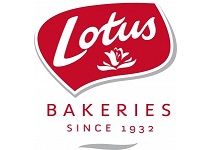 Biscuit and cakes manufacturer Lotus Bakeries has announced that it is looking to establish a factory in the USA in order to meet rising demand for its products in the country.

Announcing the project in a press release, the Belgian firm said that it was considering Mebane, NC as the location for its new facility, with conversations already “in a well advanced stage”. Construction would start in the first half of 2017, with the plant becoming operational in 2019.

The plant would predominantly manufacture the Lotus Biscoff brand of caramelized biscuit, which is “growing quickly” in the US, Lotus Bakeries added.

Commenting on the move, Lotus Bakeries CEO Jan Boone said: “Having a Lotus Biscoff plant in the United States is a milestone for our company. For the first time since our foundation in 1932, Lotus Biscoff will be produced outside of Lembeke, Belgium. Lotus Bakeries and all its employees are extremely proud of this expansion in the world’s largest consumer market”.

Lotus Bakeries currently has production locations in Belgium, the Netherlands, France and Sweden.

Belgium: Lotus Bakeries looking to build factory in the US - Gama