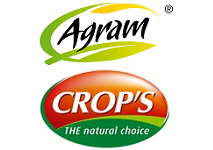 Crop’s, a Belgian producer of fruit, vegetables and ready meals, has acquired the Polish firm Agram for an undisclosed sum, according to a report in Just Food.

Crop’s, which currently sources 25% of its production from Poland, said the deal would enable it to expand in eastern European markets. It added that it planned a number of investments to modernise Agram’s production capability over the next three years, including a new packing hall, cold store and freezing tunnel, alongside expanding Agram’s organic footprint.

Crop’s and Agram have been operating a cooperative business together since 2006.