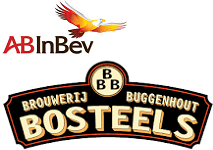 Operating since 1791, Bosteels brews beers under the brands of Tripel Karmeliet, Kwak en Deus and has been in the hands of the Bosteels family for seven generations. According to the newspaper report, the firm is among Belgium’s 10 largest brewers, having increased volume sales from around 100,000 hectolitres three years ago to 145,000 hectolitres in 2015 as the result of the growing success of its specialist beers. Last year,  55% of the company’s sales were accounted for by export markets.

Commenting on the acquisition, Antoine Bosteels of the family business is quoted as saying: “We will maintain our identity and quality while also benefitting from a strong partner with solid ties to Belgium, offering new opportunities in distribution and marketing”.

De Redactie reports that the deal value is in the order of €200 million ($225 million).