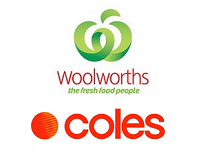 Woolworths and Coles, Australia’s two primary supermarket chains, are considering a move into smaller-format stores to cater for the needs of city dwellers, according to a story from the Sydney Morning Herald.

The newspaper reports that Woolworths is sizing up centrally-positioned sites in major cities including Sydney and Melbourne. 200-400 square metre locations are the company’s target as it looks to tap into a market currently dominated by established convenience chains such as 7-Eleven and City Convenience.

The initial name for the stores is said to be ‘Woolworths Small Format’ and they will be patterned on an existing Woolworths convenience store located in Woolloomooloo, an eastern suburb of Sydney.

Meanwhile Woolworths’ rival Coles is also said to be weighing up opportunities in urban areas, looking at the possibility of opening supermarkets in and around new apartment developments in major cities.