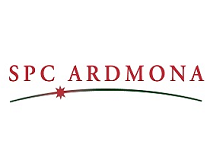 Coca Cola Amatil is said to be concerned by weak consumer confidence and spending in the carbonated beverage category after a decline in full-year net profit of more than 80 per cent.

According to The Australian, the profit fall is largely due to a writedown on Australian business SPC Ardmona. It was recorded that in the full year to December 31, Coca-Cola’s net profit was $79.9 million, an 82.5 per cent decline on the $457.8 million booked in the previous year.

The newspaper added that the result includes a writedown to the carrying value of SPC Ardmona of $404 million, which encompasses writing off the remaining goodwill of $277 million, a $39.7 million writedown in the value of brand names and an $87.3 million charge covering writedowns in inventory and property, plant and equipment and recognition of the diminution in value of some contracts.

The results come as Coca-Cola subsidiary SPC Ardmona continues to dominate headlines, with the food processor’s request to the Abbott government for $25 million in aid denied on the basis that it was “not the government’s job to” restructure certain businesses.

Prime Minister Tony Abbott is reported as saying, “We believe that in this case the government would have to borrow money on behalf of the taxpayers to put into the proposal where we believe Coca-Cola with a very, very healthy balance sheet is able to provide that money from.”