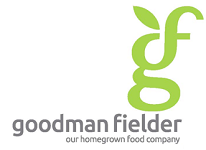 Manufacturer of bread and snack foods Goodman Fielder has announced it is expecting earnings (before interest and tax) to be approximately 10 to 15 percent lower than the previously expected $180 million in the 2014 financial year.

According to Australian Food News, the company said that market conditions had changed since its interim result announcement in February, with trading conditions in Australia and New Zealand deteriorating and manufacturing and supply chain cost savings under its “Project Renaissance” delayed.

The company also went on to say that, given the deterioration of market conditions and the revised earnings guidance, it would conduct a detailed analysis of the carrying value of its business in according to accounting standards. While that analysis was yet to be completed, it currently expected to record non-cash impairments, reflecting the deterioration in the trading outlook across its portfolio.

As a result, Goodman Fielder has accelerated cost reduction across the business and also identified an additional $25 million in cost savings under “Project Renaissance” to be achieved by the 2016 financial year. Those cost saving initiatives are mainly through headcount reduction in the fourth quarter of the 2014 financial year.