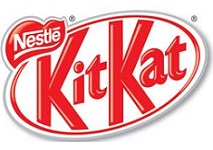 Food and drinks giant Nestle is expanding the KitKat chocolate biscuit bar range in Australia with a focus on Chinese-inspired flavours, according to a report in Australian Food News.

The news source reports that consumers will be enticed with flavours such as Tangerine Creme Brulee, Taro & Black Sesame, Red Bean & Toasted Coconut and Almond Cookie, with the limited edition options retailing at A$6 ($4.19) from the brand’s new dedicated outlet in central Melbourne known as the Kit Kat Studio.

In addition to the special edition flavours, launched to coincide with Chinese New Year, Nestle is also said to be introducing an ultra-premium bar coated in 24-carat gold leaf that will retail at A$88 ($61.57) – a move that echos a similar launch by the firm in Japan in November 2015. The gold leaf includes Phoenix Oolong tea leaves from China along with lychee and rose petals, and only 88 bars are set to be produced.

Australian Food News goes on to report that Nestle is also introducing two other flavours to its regular range in Australia – Salted Caramel Whirl and Coconut Whirl. The two flavours are presented in 170g blocks and will be sold in Woolworths stores for A$4.50 ($3.14).