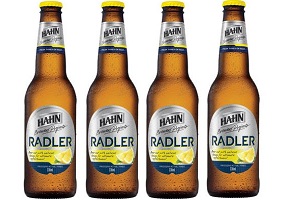 Lion has recently launched a radler style beer especially for the Australian market.

According to a report in Australian Food News, Hahn Radler contains 70% beer and 30% natural lemon compared to a more conventional 50:50 split: Lion is said to have increased the amount of beer after consumer product testing revealed this was the preferred mix.

Hahn Radler is described as being the first beverage to be launched as part of ‘Hahn Brewers’ Projects’ which will reportedly see new drinks released regularly to meet the changing drinking habits of Australian consumers. The company added that beverages released as part of the project would primarily be targeted at occasional beer drinkers.