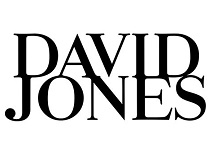 Australia’s upscale department stores David Jones announced 70% of foods sold in stores will be private label products by 2020 from current 24 per cent.

Announced by South African-based parent Woolworths Holdings, this new strategy is believed to involve an investment of between A$75 (US$57.5 million) and A$100 million (US$76.7 million), aiming to be profitable by 2019.

Chief executive Ian Moir from the parent company Woolworths Holdings said “modern department stores such as David Jones needed to mix food with fashion to create a shopping experience that excites consumers” and need to bring “customers the best of the world with premium private label products, excellent food services and expert advice”.

The new private label food products will be rolled out in its Bondi Junction outlet in Sydney in July, followed by more stores later in the year.