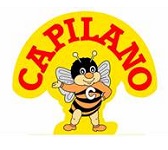 Capilano Honey has reported that net profit before tax climbed to $2.9 million for the six month period ending on 31 December 2013.

According to Australian Food News (AFN), the figure is more than twice last year’s $1.02 million profit, and the company’s revenue has increased from $33.8 million to $43.2 million.

The Company’s acquisition of Western Australian honey company Wescobee in 2013 is reported to have allowed it to improve its retail sales mix and targeted synergies.

Interest bearing debt has decreased to $10.3 million, down from $16.3 million six months ago and $12.7 million one year ago, while current cash and cash equivalents stand at $0.57 million.

Capilano’s Managing Director Ben McKee announced: “After the impacts that the fire insurance claim reimbursements had on the company’s income, this result shows notable improvement in both revenue and profit in the underlying business.”

Hundreds of tonnes of honey were lost after a fire destroyed Capilano’s Richlands factory in September 2012.