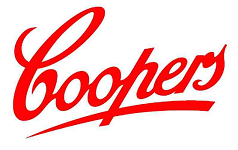 Australian beer company Coopers Brewery has enjoyed record beer sales for the 2013 calendar year, moving beyond the 70 million litre mark for the first time in the company’s history, according to Australian Food News.

According to the brewery, total beer sales in 2013 reached 72 million litres, an increase of 4.7 per cent on the 68.8 million litres sold in the calendar year 2012. Dr Tim Cooper, Coopers Brewery Managing Director stated that “December 2013 was our highest selling month on record, with 8.55 million litres of beer sold.” He continued by saying “this was 13 per cent more than the previous record month in December 2012.”

Meanwhile, while it was reported that total beer consumption in Australia was at a 66 year low in September 2013. However Coopers Brewery said that during December 2013 it enjoyed record sales of Coopers Original Pale Ale (almost 400,000 cases) and Coopers Sparkling Ale (100,000 cases).

Despite Australian beer brands being on the decline in favour of imported brands, Coopers Brewery might have avoided these trends, perhaps because its brews are closer in style to so-called ‘boutique’ beverages which are gaining traction in the Australia, a research organisation is quoted as saying.