Australia: Bickford’s to expand into spirits with new distillery 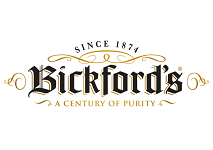 Bickford’s, an Australian drinks firm specialising in cordials, is to open a distillery in South Australia in order to expand into the spirits market, according to a report in Australian Food News.

Built at a cost of A$6.6 million ($5.0 million), the facility will initial manufacture a range of spirits under the brand name 23rd St, as well as Vok Beverages’ Black Bottle Brandy and Vickers Gin.

Commenting on the new distillery, Bickford’s group owner and managing director Angelo Kotses said: “We anticipate it will signal the rebirth of distilling in South Australia, while tapping into the craft renaissance that’s already prevalent in areas such as coffee and beer”.

Australia: Bickford's to expand into spirits with new distillery - Gama