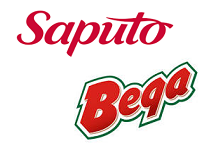 Bega Cheese, the Australian cheese firm, is to acquire a manufacturing facility in the state of Victoria, Australia from Canadian dairy giant Saputo, according to an ABC report.

Saputo was required to sell the plant by Australian competition regulators as a result of its acquisition of dairy firm Murray Goulburn.

Located in the town of Koroit, the plant is described as being one of the largest milk drying facilities in Australia and is being bought by Bega Cheese for A$25o million ($185 million).

Commenting on the move, Bega Cheese executive chairman Barry Irvin said: “We’re buying a facility in a really strong dairy area where we have been collecting milk for almost 10 years, so this cements our presence there. And it does so with a very good quality facility, so we’re very pleased to be successful in making that acquisition”.

Bega Cheese added that it aimed to increase capacity at the plant in order to improve efficiency and returns.