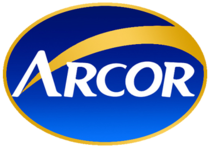 Arcor, the Argentinian confectionery giant, is to establish a new factory in Angola in order to further its footprint in African markets.

The manufacturer is said to be forming a joint venture with construction firm Webcor in order to build the new facility, which will be the company’s first outside Latin America. The total investment is described as being $45 million, of which Arcor is said to be contributing half.

Arcor has been distributing its product range to the African continent for over 20 years, with the Bon O Bon brand said to be particularly well known. Aside from Angola, goods manufactured at the new site are expected to be distributed in countries such as Congo, Zambia, Namibia and Botswana.

Within Latin America, Arcor currently operates 47 plants, 35 in Argentina and the remainder spread through Brazil, Chile, Peru and Mexico.