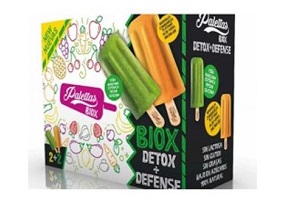 Spanish ice cream company Penalva Alimentacion has launched a new line of ice lollies under the Palettas Biox brand name that are said to have been developed to improve the cardiovascular system, smooth sun-damaged skin and support the circulatory system.

Promoted as being made with 100% natural ingredients, as well as free from lactose, gluten and fat and low in sugar, the new Biox range is targeted at consumers “who enjoy indulging themselves but are also diet-conscious” as the intake of calories is between 53 and 66 kcal per ice-lolly.