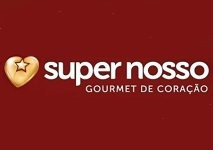 According to Newtrade, the new outlet is the first to open as part of an agreement reached between the two chains in 2019.  Under the partnership, a total of 16 former Carrefour Bairro stores are planned to open under the Super Nosso banner.

Euler Fuad Nejm, CEO of Grupo Super Nosso, said: “We liked the idea of the strategic partnership because it is a win-win – positive for us, for Carrefour, and for consumers”.

Carrefour said the partnership was part of a regional expansion strategy and will bring synergy benefits, as well as allowing it to obtain knowledge about consumer habits in Minas Gerais. “The market in Minas Gerais is extremely relevant for Carrefour”, said João Gravata, director of convenience retail at Carrefour Brazil. “Our strategy is to move forward with this concept of supermarket. The partnership with Super Nosso will allow us to offer a solution even more tailored to local preferences”.

All units, layout, administration, and product lines, in addition to supply and communication, will be handled by Grupo Super Nosso.