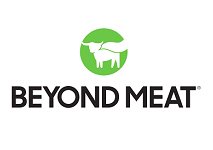 The firm said the investment said would make it the first plant-based company to build its own major manufacturing facilities in China.

Micky Pant, senior advisor at Beyond Meat, said: “Beyond Meat is building the perfect road to long term success in China. It has the confidence to set up dedicated, cutting edge production capacity via a wholly-owned subsidiary, located on the mainland close to Shanghai”.

Ethan Brown, CEO, and founder of Beyond Meat commented: “China is one of the world’s largest markets for animal-based meat products, and potentially for plant-based meat. We are delighted and confident that after several months of productive and collaborative discussions, we will partner with the JXEDZ to develop two production facilities, including one of the world’s largest and technologically advanced plant-based meat factories”.

The facilities are expected to be finished in early 2021.