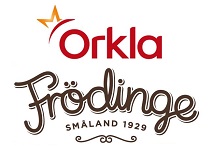 Orkla Food has announced the acquisition of Frodinge, a cake manufacturer owned by Orkla Foods Sverige through Odense Marcipan A/S, a company’s subsidiary.

According to sources, this acquisition follows the company strategy to “build a solid platform for the future development of Frodinge and help Orkla Foods Sverige to focus on strategic growth areas”.

With 75 employees, Frodinge’s facility will be included in the deal.

Johan Clarin, CEO of Orkla Food Ingredients, said: “Frodinge is a fantastic addition to Foods Ingredients, and together with our other cake and bakery ingredient businesses, we are creating a solid platform for growth, cost-effective production and product development”.